How 9/11 changed me and challenges me to be a better witness for Christ.
I remember that day clearly as most do. I was in my church office and my wife called me after the first plane crashed into a tower. I came home for a few minutes to watch it on the TV. I really did not grasp the impact of it right then cause I did not know as much as I know now. I later left to go downtown that morning and being that we only lived 4 hours south of DC at the time the news was spreading fear and worry everywhere I went that morning.
I do recall how nice of a day it was and the strange calm i felt as I noticed no planes flying over ahead the remainder of that day.

Since then the security at out airports has changed drastically. I have also witnessed numerous times how TSA agents have lost their common sense and discernment with the American people in the name of security.
The biggest change I've noticed however is in me. Since that day I often find myself frozen when I see someone who appears to be Muslim and I get sort of spooked internally. This was never the case before 9/11.
In 1998 I witnessed to a Muslim in Africa for an hour and now I realize that I must look past 9-11 and share Christ again with the same pre 9/11 passion as a growing population of Muslims continue to grow around us. I know without Jesus all men are hopelessly and eternally lost.
I must admit the fear of men and the propaganda about Muslims effected me without truly realizing it until this past year. 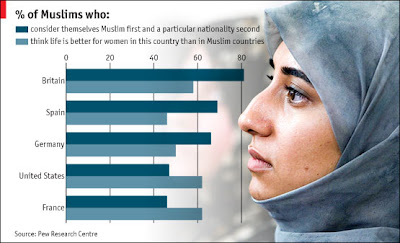 In 2012 I have a missions trip planned to West Africa among Muslim people. I truly am looking forward to sharing Christ without fear and with His favor. I also know if I can feel that about them living there I can and need to be this way here at home.
What if the tragedy of 9/11 had been done by radical Catholics or Evangelicals or Jews or Hindu's ? Or radical democrats, republicans or socialist. I've learned over these past 10 years that I must love His way regardless of who does something wicked. I have to look to God to be filled with his power to be a witness to all men everywhere regardless of religion or creed.
Our hearts still go out to those who lost loved ones on that day, but may we learn to love more in the name of Jesus verses fear more.
Posted by Peter Migner at Sunday, September 11, 2011 No comments: