Driving in the Spirit!

Recently I drove to for a meeting with my District Superintendent. 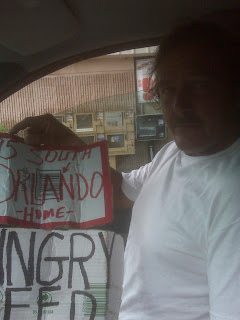 We had a very fruitful and positive meeting. Over lunch he shared with me a few stories of lives transformed radically in his earlier ministry. As I left his office that day I found myself feeling impressed to pick up a hitch hiker on 1-95 south bound.
I really do not do this very often and when I do I’m with another adult male or alone, but never with my wife or kids in the car. As I believe most hitch hikers are hard pressed with difficult life circumstances it seems best to not pick up people and get involved.

ran and caught up to me on the road and hoped in. I had this sense of enjoying helping a fellow human being. was headed to . was another 60 minute drive beyond my home and 2 plus hours from where I picked up.

In the course of the afternoon Wayne and I got to really know each other. had no home, no job, no money and no possessions other than the clothes he was wearing. had been an electrician in years past and worked manual labors jobs as he could. is 52 years old and has a life long addiction problem with alcohol as well as a long story of other challenges he has had. Wayne and I shared life and talked about dreams. He knew the bible and had a church to attend in at times. He went all the way to for work only to not find any and had only back in to go too after.

was burned from walking many long hours in the sun and told me he had a daughter in her 30’s with grand kids he never meet. He ran a couple errands with me and even bought me a Starbucks ice coffee with a card he had from another ministry earlier in the week. 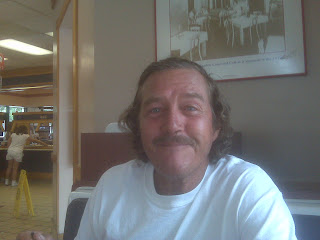 The more time we spend together the more I wanted to help him. But I also realized that had gotten himself into this hard place over many years and there was no quick fix either. He needed hope, love and a new system to take him out of the street system he had learned to survive in.

We prayed together and shared and laughed along the road. As I gave him a new shirt, hot meal and cold water I saw open up and become connected with me in a wonderful manner over the afternoon. We even went into a Christian bookstore along the way and he started looking books while he waited on me.

As I walked with him and talked and went into a few stores running errands on my way with Wayne I wondered how many people looked at us together and wondered what a strange combo of men that is hanging out.

I really wanted to help find a place to start over and get a hot shower and a job, but all that was beyond me that day. said he would be fine and was so grateful for just the ride to the Daytona area. But I called home and told me wife I would be late because I was going the extra mile with . I decided I just did not want on the roads all night and felt the Lord would have me take him home.

As Wayne and I got into the area of that we was trying to get too he showed me his neighborhood. Showed me the gas station he hung out at and the bench where they hung too. Finally I asked where exactly he was going with no home or family. He told me he was going to the camp. I said could I see the camp? I finally pulled behind a shopping strip and power lines and we got out.

yelled out Lenny’s name and I said why you yelling? He said so they would know we were coming into the camp. I had all kinds of fear surface for a few moments. I wondered if they would mug me or what? But they were all fears and as soon as a few of the men in the camp saw 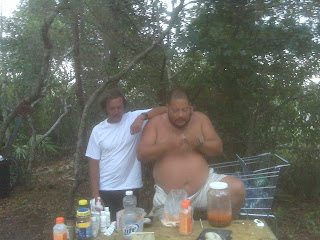 it was like a reunion. bragged on me as the pastor who drove him all the way from back home to the camp. As I meet these 4 other men I had to just wonder what God was doing with this today. I sensed I needed to share my story with them and proceeded to preach the gospel to 5 homeless men from their 20’s, 30’s 40, and probably 60’s. One guy was hardened and the others were open. The 46 year Robert said he accepted Christ and knew no way out.

let me take some picture of him and his home less friends and then walked me back to my van. I prayed one last time with and encouraged Him to get out of this system into and God’s system so he would show the others how God can help them out of such hopeless situations. I truly believe that God has a plan for and part of that Plan was using me for an afternoon and God also had a plan for me and Wayne and his world was part of it.

I realize now more than ever that ’s world would have been mine to some degree had Jesus not rescued me at age 19. What an amazing God we serve! I hope will call me with a testimony in the days ahead. He has an invitation to speak in my church to give his testimony when he gets totally free from his sinful addiction. I pray will pull through someday soon. I hope he will call me with the Joy of the lord I know God has for him. The Apostle Paul may have walked in the Spirit and had adventures, but for me I get to drive in the Spirit and what adventures we can have as well if we listen to the promptings of the Spirit from day to day. 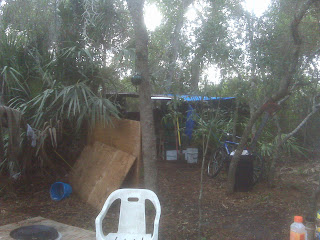